BBC | Mattress Industry Booming Thanks To New Focus On Sleep 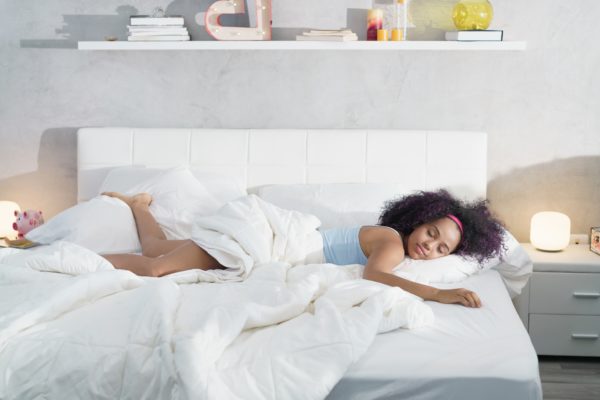 If the US mattress industry had a patron saint it would probably be Arianna Huffington.

In 2007 she fainted from exhaustion, hit her head on a desk, broke her cheekbone and needed five stitches on her right eye. Ever since, the founder of the Huffington Post has championed the need for more sleep – and sales of mattresses have soared.

Of course there is no scientific proof that Huffington’s catch phrase “sleep your way to the top” has done anything more than raise a laugh. But it certainly hasn’t harmed businesses whose profits rely on Americans spending more time with their eyes closed.

“She’s done wonders for our industry,” says Mary Helen Rogers, spokeswoman for the International Sleep Products Association. “For years she’s been talking about the importance of sleep, and I think the trend is changing and people are starting to take better care of themselves.”

Figures from ISPA show that the number of mattresses and bed foundations sold in 2015 rose by 4.5%. Revenue was also up by 6.8%. Queen beds were the most popular.

“For a long time people were taking a quick fix or a short cut to a better night’s sleep. Today a lot more people are thinking about what they’re sleeping on, investing in better mattresses and spending time to get a mattress that’s right for them,” says Rogers.

Before her wake-up call, Huffington was one of several high profile figures who claimed to thrive on just a few hours of sleep a night.

Former British Prime Minister Margaret Thatcher famously said “sleep is for wimps,” and ever since, a long line of successful politicians and business people have been giving the impression that she may have been right.

Yahoo’s boss, Marissa Mayer is said to sleep for just four hours – as did former President Bill Clinton before he suffered heart problems.

British businessman and billionaire Richard Branson gets by on five hours while the Republican presidential nominee Donald Trump claims to sleep for just one hour while on the campaign trail.

But all that is changing as the health problems associated with sleep deprivation become clearer.

“It goes beyond physical health,” says Virginia-based sleep clinician Terry Cralle. “Now we see how sleep affects psychological health and every aspect of our lives. I think people are finally sitting up – or waking up – and taking notice.”

Most people spend a third of their lives in bed – assuming they’re getting the recommended eight hours sleep a night.

“99.9% of patients who walk through my door ask me about mattresses,” says Cralle. “It’s critically important to sleep quality. It’s a performance tool.”

But she says there’s no such thing as one size fits all. Finding the perfect mattress depends on body size, age, who you’re sleeping with and any pre-existing health conditions or injuries.

“There are so many incredible options out there now. If a consumer hasn’t been mattress shopping in the last three years they’re going to be amazed at the offerings and how they can be individualised,” she says.

The Better Sleep Council (BSC), a mattress industry group, says consumers should think about replacing their mattress every five to seven years.

But surveys show that most people still see them as an expensive investment and expect them to last much longer.

Millennials are more receptive to the message because they’re most concerned about pests and allergens in older mattresses.

A 2008 poll from the BSC suggested 9% of Americans link mattress quality to good health and well-being with women more likely than men to recognize the benefits. Most people also think that back problems can be avoided by sleeping on a good mattress.

But price remains an issue. The BSC says the perceived cost of a mattress has almost doubled since it began tracking consumer data in 1996 – from $498 to $929 (£373 to £697). However, the majority of consumers believe the more you pay, the better the mattress.

Entrepreneurs are taking note of the expanding market.

New York based Casper launched in 2014 in an effort to meet the demand for mattresses that are often too big to get through the door or up the stairs of city homes.

The latex memory foam mattresses are made in the US and compressed into boxes for easy handling. Compression also cuts the cost of shipping and the company keeps prices lower by selling exclusively online. The mattresses spring back to full size when the box is opened.

“When we launched we had no idea how big the company was going to be,” says Neil Parikh, Casper co-founder. “We ended up selling a $1m worth of mattresses in our first month. We expected it to take years to sell that.”

The trend in sleeping more is also benefiting other industries. Rogers says more people are wearing fitness trackers to monitor the quality and duration of sleep.

“It’s now cooler to say that I’m getting that seven to eight hours sleep I really should,” she says.

And Arianna Huffington is continuing her mission to improve the nation’s slumber – her new book, The Sleep Revolution, was published in April.