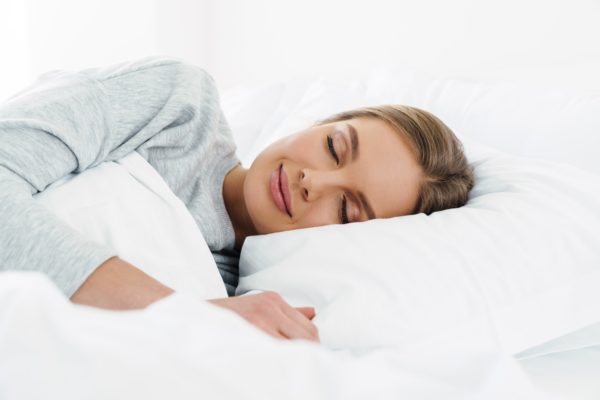 The Best Cooling Sheets for Sweaty Sleepers, According to Sleep Experts

If you’re one of the many people who tend to get hot and sweaty in bed, no matter how cool you keep your home, you know how hard it is to get a good night’s rest during the summer. Enter cooling sheets: the crisp, airy bedding that can combat overheating and help you sleep through the night.

Before we get to the sheets, though, take note: According to the sleep experts we spoke to, while sweaty sleep is common, it can have a medical cause — so be sure to check in with a doctor if you’re having night sweats. If you’re simply running hot, though, cooling sheets can offer some serious relief. “Given that the ideal temperature for sleep is around 65 degrees, sleeping with cooling, breathable, and moisture-wicking sheets can be a plus and a significant contributor to a good night’s sleep,” says clinical sleep educator Terry Cralle. We talked to ten sleep doctors and experts to hear their recommendations about the crispest, coolest sheets out there.

As Dr. Michael Grandner, director of the sleep and health research program at the University of Arizona, explains, the most cooling sheets are the ones that allow for the most airflow. “Your body’s ability to regulate temperature is a big part of how it regulates sleep,” he says. “And one of the ways that the body regulates temperature is by excreting small amounts of sweat.” With breathable sheets, this moisture evaporates into the air, thus cooling your body down. On the other hand, less breathable sheets lock in this heat, and you wake up feeling sweaty.

Most of the sleep experts agreed that sheets made of natural fibers, like cotton and linen, are the best bet for sweaty sleepers because they’re the most breathable. Crisp percale cotton was recommended by six of the experts. “In general, you want a fabric that’s not too tightly woven … the more breathable the fabric the better,” says Dr. Margarita Oks, a pulmonologist at Lenox Hill Hospital. “Percale is naturally very crisp, and it’s a polyester or a cotton blend, which will make it easier and more comfortable for people to sleep.” Cralle also recommended percale sheets and noted that the matte finish of the sheets “is going to be cooler than sateen,” which is a fabric with a tighter weave. Dr. Shelby Harris, a psychologist who specializes in behavioral sleep medicine and the author of The Women’s Guide to Overcoming Insomnia, also says that percale is the way to go for cotton sheets, and psychotherapist Heather Turgeon, author of The Happy Sleeper, loves how percale feels “crisp and light.”

Ben Trapskin, founder of the bedding review site the Sleep Sherpa, says to look for a percale sheet with a single-ply thread count — meaning that each thread used in the sheets is made of one strand of yarn, rather than two. Trapskin likes this set from SOL Organics, an affordable line of natural sheets. “Organic sheets aren’t treated with harsh pesticides, which can weaken the cotton fibers,” Trapskin says. “These sheets are durable, and sustainable from an environmental and economic perspective.” For their combination of cool comfort, organic makeup, and affordable price point, Trapskin’s choice is our pick for best overall.

Several of the sleep experts we spoke to suggested linen sheets, which, according to Dr. Joshua Tal, a psychologist who specializes in sleep disorders, are very breathable and “pick up cool air.” Oks says that since linen is made of a looser weave than, say, a cotton sheet with a high thread count, it traps less heat. Harris agrees: “I tend to prefer linen sheets because they’re breathable and cooler overall than cotton,” she says. “I also love the crisp, clean look.” Many of Oks’s sleep-apnea patients have been happy with Brooklinen’s linen sheets, as was former Strategist senior writer Lauren Levy, who raved about Brooklinen’s offerings. On their cooling power, she says, “It won’t feel chilled when you slip into bed, but instead of waking up in a pool of sweat from heat-locking fabrics, you’ll stay fully temperature-controlled throughout the night.”

For something at a slightly lower price point, try Parachute’s linen sheets, which come recommended by Trapskin (as does Brooklinen). Parachute’s sheets are also available in more colorways, like this soft blush. Save the darker shades — like coal and indigo — for winter because, as Cralle says, “the color of your sheets can play a role in staying cool while sleeping, with lighter colors reflecting it while dark colors absorb it.” Think of it like choosing a shirt on a hot day — when it’s warm out, you tend to stay cooler when wearing a lighter color.

Eucalyptus is another naturally cool fiber to look for in a pair of cooling sheets, according to Oks. “Eucalyptus generally has some natural temperature-regulating properties,” she says. And while Oks notes that the cooling effect of eucalyptus sheets has not been scientifically proven, the fact that it’s a “very breathable” fiber is one reason why Oks says it feels “so nice on somebody’s skin when they’re sweating at night.” Oks told us that her patients are fans of the brand Sheets & Giggles, which specializes in eucalyptus sheets. (And if you want to try a eucalyptus-based comforter, former Strategist writer Lori Keong wrote that sleeping under Buffy’s was like “being cocooned in a cold compress.”)

Harris, Cralle, Tal, and Trapskin all suggested sheets made of Tencel, a fiber derived from the pulp of eucalyptus trees. Tencel is one of Trapskin’s fabric picks because it’s “better at absorbing moisture than most other fibers, making it great for sweaty sleepers. Tencel is also naturally wrinkle-resistant and is a sustainable material.” Harris agrees that it’s a good pick for sweaty sleepers because it has “great moisture-wicking abilities.” Tal and Dr. Michael Gelb, a sleep specialist, praised Tencel’s moisture-wicking properties as well, and Gelb recommended Tencel sheets from Sheex. Annie Schlecht, an occupational therapist and certified sleep consultant, loves Sheex for “people who really struggle with night sweats and have tried more organic materials without success.”

If you want to try Tencel sheets at a lower price point, Trapskin recommends Molecule Sheets. The sheets are made of a Tencel-cotton blend, which, thanks to the cotton, “will give the sheets a more familiar feel.” Trapskin says Molecule sheets nail the perfect blend — and the brand makes a cooling mattress too, if sheets alone aren’t doing the job.

Like eucalyptus and Tencel, bamboo sheets get high marks from sleep doctors. Tal likes how they’re both lightweight and soft, and Harris is a fan because bamboo is “hypoallergenic, eco-friendly, and cool to the touch.” Anishka Clarke, co-owner of Ishka Designs, told us these bamboo sheets are “softer than you’d imagine. Supersoft. Like, baby-soft on your skin,” and are extremely durable — generally lasting twice as long as cotton.

Gelb also recommends nylon-blend sheets, which he says “feel good and dry quickly.” Lisa J. Pieretti, executive director and co-founder of the International Hyperhidrosis Society, says that her organization loves Wicked Sheets and that it suggests them for many people who struggle with night sweats. Like athleticwear, the sheets are made from a poly-nylon blend to wick moisture away from the skin. The fabric is treated with UV protection to prevent the absorption of heat from the sun, and trace copper elements prohibit the growth of bacteria on the sheets.

There are some advantages of choosing synthetics over natural fibers. Dermatologist Jeremy Fenton of the Schweiger Dermatology Group acknowledges that cotton and linen are more gentle on the skin, with the caveat that “people who are going to sweat regardless of the temperature tend to do a little better with sheets that wick moisture away from the body.”

While natural fibers can help most people stay cool, Turgeon says that those “who have fluctuations in temperature throughout the night, which can also go in cycles based on our hormones and our circadian system,” may benefit most from sheets that integrate new, moisture-wicking technologies. She suggests Slumber Cloud sheets, which blend cotton with a proprietary rayon fabric designed to draw heat away from the body.